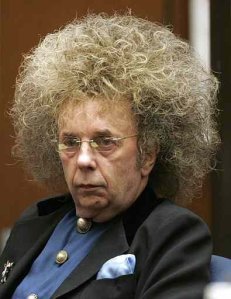 Just to let you know I started this blog yday (Mon 11th) but due to time constraints and because I’m currently running this operation from my local library I never got round to finishing it.  Let’s hope it’s worth the wait.

On last week’s blog I mentioned that I was ready to resume my battle with Cheryl Cole. Then a few days later it was splashed all over the papers that Cheryl had received death threats (see here). Just in case anyone from a law enforcement agency is reading this, I just want to ensure you that I had nothing to do with this.

The tell-tale signs that it had nothing to do with me, include the fact that the message was sent from a Blackberry, which is way too modern a piece of technology for me to have. I’m currently using a mobile that has already had two previous owners. Secondly the spelling is atrocious. This doesn’t initially discount me, as my spelling is poor but if I were to send a death threat to someone, I feel I would have the courtesy to make sure I ran it past the spell checker. For those of you  who are concerned about Cheryl’s welfare, fret no more as she is alive and well. It’s almost as if this death threat was all a publicity stunt.

Something that doesn’t appear to be a publicity stunt is that Gamu does face a real threat of being deported back to Zimbabwe due to her mum’s student Visa having run out. It was reported in the Sunday Mirror that Gamu fears for her safety if she returns to Zimbabwe and she even said she may face the firing squad (see here). I don’t know how much truth is in this, but it does seem a harsh punishment for someone who’s only crime appears to have not been picked to sing in the live finals of X-Factor. However, I can’t help thinking that some producer somewhere is noting this down, so if in years to come, instead of  contestants on the X-Factor merely getting booted off the show, they get lined up and shot, we will know where the seeds for this idea came from. At least if this did happen you’d feel the tears would be for a just reason.

Anyway, onto other news. As I’m sure you were all aware it was National Poetry Day on Thurs (7th Oct). I was marked the occasion by going into a prison and travelling from wing to wing asking the inmates about home. Before I go on, I feel I should assure you I was booked to do this, it wasn’t some elaborate prank. But I can see how going into prison asking inmates what they think of home, may appear quite cruel, akin to going to a weight watchers event and asking the participants to talk about cream cakes. But in my defence, the theme of this year’s  National Poetry Day was ‘Home’, so I did have a legitimate reason for asking these questions.

The idea was for me to get all the inmates I met to write down on a strip of paper one sentence that summed up home and then they put that strip of paper in an envelope and at the end of the day I would turn their contributions into a poem. As it happened I met quite a lot of inmates and the vast majority were very co-operative, we did get the odd ‘majour pussy’ but that was always to be expected and to be fair maybe majour pussy does sum up home to him. Unfortunately I didn’t feel it was appropriate to the overall feel of the piece.

I eventually got round to piecing the poem together yesterday, that’s why I didn’t get round to completing this blog. I have to say I found the whole thing an interesting process. Initially when I saw all the strips of paper I did feel a little overwhelmed, thinking where should I start. It’s probably not surprising I felt this way as if you’ve seen me perform any of my poems you will know they are generally pretty short. One of my shortest poems consists of two female names and the word ‘whilst’.

But after my initial fears as to my ability to turn it into a poem, I got into it. I felt a little like a music producer, trying to take all the different parts and make one coherent piece. In many ways I could become the Manchester poetry equivalent of Phil Spector. If the poem gets the all clear, I may put a link of it on next week’s blog, I imagine you are all can’t wait.

And Finally… It’s my nephew’s 3rd birthday today, don’t feel you have to wish him Happy Birthday as he doesn’t read this blog (everyone’s a critic). I only mention it because I got him a card as is the way with these things, but it wasn’t as easy as you may think. He is mixed raced (person of dual heritage) and I’m sure I read somewhere that it is important to show children positive images of people similar to themselves. But the problem was, it’s not easy to find cards with mixed raced children on them, especially the card shops I frequent, so instead I got him a card with a bear driving a car. Because in no way is that going to confuse him more than a smiling white boy. 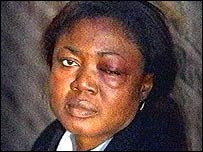 Just to let you know that I haven’t heard from ‘This Morning’ about paying my rent for a year. I can’t help thinking, no news is good news. This week they are giving away £30 000, so this time next week, I should have some good news (The answer to this week’s question is ABBA, should you be interested). Aswell as ‘This Morning’ not being in touch, I’ve not heard from the Queen or Duncan Bannatyne (see last week’s post) but ‘Her With One Permanent Job’  and I have found someone to rent our flat. It had more to do with the power of Gumtree than the efforts of our letting agent.

It did mean that ‘HWOPJ’ and I had to 2 days to move our things out of the flat and to do some intense cleaning before the flat inspection. Here’s a little tip, if you are cleaning with someone else and you have the choice to clean the blinds or not, DO NOT!!! Take your chances with anything else, because cleaning blinds are so time-consuming, as you have to clean each individual panel. I spent  about an hour and a half attempting to clean the blinds in the kitchen. My efforts were hindered because the grime and the steam from cooking over the years had mixed to form an almost impenetrable combination. It didn’t help that I had to clean them whilst leaning precariously over the sink.

At times I have to admit, I did lose the will to live. To gauge how long it took to clean the blinds, I did them in two stages, divided by a sit down fish and chips in a cafe. There can’t be that many things in life that have fish and chips as an interval.

When it came to the inspection, we passed with flying colours, apart from one thing. Can you guess what that was??? Yes the blinds in the kitchen. Bloody typical!!!

The only other thing to say about the move is that I had some stand up banners at the flat that belong to a writing organisation (Commonword) in Manchester City Centre. I did think about taking them back to the organisation as opposed to transporting them to my mum’s house but in the end I decided against this. Not only because of the time constraints, but when the banners are packed in their cases they look like they might be mini missile launchers. And with the Labour Party conference happening in M’cr, I didn’t want to be walking round with two suspicious unidentifiable items. It might be paranoia on my part but I didn’t want to end up tasered, because one thing that you could be sure of is that the tasers the police would fire on me, would definitely work. No faulty ones for this ‘unknown comedian’

Talking of the Labour Party conference, congratulations to Ed Miliband or Red ED as some newspapers have nicknamed him, largely you suspect because it rhymes. On ‘Question Time’ last week, an audience member asked the panel if the Tories will attack  Ed because he isn’t married to the mother of his child (and one about to drop) and because he is a Jewish Atheist. It did make me ask myself, can you be both Jewish and Atheist, aren’t they mutually exclusive terms, like clean living smackhead, a 4×4 driving ecologist or mature student. (feel free to add your own examples via the comments button).

And Finally… Those regular readers to this blog (HWOPJ, Simon et al) will know that in the past I’ve taken many opportunities to slag off Cheryl Cole. Well the battle resumes. Anyone who watched y’day’s  X-Factor will know what I’m talking about. Basically Cheryl put through two performers to the Live shows despite them breaking down and being unable to complete their songs during their audition pieces. This meant that more accomplished performers didn’t go through, including one of the favourites a girl named Gamu. There’s been a lot of speculation as to why Cheryl did this, but I think  Cheryl’s decision had nothing to do with ability but maybe Gamu reminded Cheryl of the toilet attendant she assaulted a few years ago (see pic at the top of the blog) . Who knows???