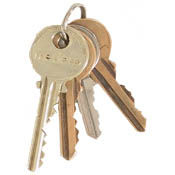 I’m currently writing this in London, don’t worry I’ve not made the move south just yet, although it is less than 2 weeks away. I’m here visiting ‘Her With One Permanent Job’ and dropping some of my stuff off at the new flat. It’s a bit weird being in the flat because although it is ‘our’ flat but ‘Her With One Permanent Job’ has been living here since early Oct so I’m playing catch up. I feel a bit like a guest in my own flat. I imagine it’s similar to when soldiers are away on duty when their child is born, only to see that child for the first time when it’s 6 weeks old. Not that I’m comparing children with flats, although I wonder which is cheaper, buying a flat in London or bringing up a child to the age of 18.

I have an apology to make. Last week I updated my blog on a Wednesday, this was unintentional. I typed it up on the Mon as usual, but due to a technical error or human error (I’m erring towards human error) it got saved as draft and didn’t get published to the world. It was only when ‘HWOPJ’ mentioned she couldn’t see the post that I was alerted to the situation and rectified as soon as I could (after 3 trips to the tip as it happened). I apologise for any stress caused by the delay of my weekly update.

Last Monday I did however manage to go and see some comedy at ‘Mirth on Monday’ at the Iguana bar, Chorlton. The reason I mention this night is because the mate I was with, who I’ve known for almost 10yrs told me something about himself that genuinely surprised me. Prepare to be shocked. He lives with his family, his mum and two sisters, all adults and yet they only have 2 sets of house keys between the four of them. I couldn’t get my head around this, to the point I think he got annoyed by my continued questioning. He also reckons that it makes his family closer as they have to keep in touch with each other to check about the whereabouts of the keys. He maybe right and they may have stumbled across a formula for happy family life, but I still think it’s weird but I’m willing to be proved wrong. So please let me know if you’re an adult and you don’t have your own set of house keys. (Feel free to get in touch via the comments button).

Onto what some would say is weightier issues and kidnapping. I was glad to see that the couple Rachel and Paul Chandler have been released after being captured by Somali Pirates 13 months ago. Not much is known about the release but we do know a ransom was paid, either by the family or someone on the families behalf. What I would like to know is how you set up such a transaction, would you need to set up a standing order/direct debut with the pirates? If you’ve ever had to hand over money to pirates, feel free to let us know what the procedure is. I wonder if we are more likely to hear from an adult without a house key or someone who’s had to deal with pirates?

Now onto something that the nation is quite clearly talking about and that is my tea drinking habit. Regular readers will know that I’m trying to cut back on my tea intake. Two weeks ago I only had 2 cups of tea, but last week however I had 5 cups of tea. The week started badly as I had one cup on Mon, Tues and Weds, I then had one on Fri and yesterday ‘HWOPJ’ talked me into having one even though she knew of my self-imposed rationing. I plan to be more disciplined this week, but who knows what will happen.

And Finally…. I just thought I’d let you know that this coming Sat (20/11/10) will be a historic date in radio as it will be my last appearance as the regular reviewer on Sam Walker’s BBC Radio Manchester breakfast show. You can catch me between 8am-9am on 95:1Fm (in mcr area) on Digital radio (in the mcr area) or online (if you are in the world and have a computer). If you do miss it there is always the listen again facility on the BBC Radio Manchester website. But don’t worry if you don’t get to hear the show as we won’t be doing anything out of the ordinary.

Til Next Week, Stay Safe!